“I will move along slowly at the pace of the droves (or livestock) before me and that of the children.” Genesis 33:14

I read this in the Streams in the Desert devotional and had to actually look it up in the Bible to make sure it wasn’t just a “wishful thinking/loosey-goosey” paraphrase. It’s not!

Note: How’d I never see this before (and why aren’t moms the country over writing blog posts around this verse?!) Maybe because it’s hard for any of us to be reading the Old Testament books while wrangling said children!

I may not have livestock, but I certainly have children, and ones that move at a different pace than my (currently coffee-jazzed) self.

And then, just days later, this jewel came out of the Jesus Calling devotional (written from the perspective of Jesus):

“Much, much stress results from  your wanting to make things happen before their times have come. One of the main ways I assert My sovereignty is in the timing of events. …Instead of dashing headlong toward your goal, let Me set the pace. Slow down, and enjoy the journey in My Presence.”

That very day, a collision of events happened in which we sold Brenden’s current motorbike to the mechanic who told us that it was a lemon (same engine repair work needed as had been done just months prior) AND a lead led us to the very replacement bike Brenden had long been hoping for, which was then reserved for us to purchase, all within an hour or two.

The timing of events.

That very night, we tried YET AGAIN (probably the 4th time) to order some simple curtains for our helper Nong Nat’s new bedroom behind our house. Only to be told they were just more expensive than we thought they were worth. Brenden (who I’d sent the devotional page to), said “Remember the timing of things? Let’s hold off. It seems we’ve been walking uphill regarding these curtains.” (Not verbatim, but you get the gist.)

Well, last night, after our final failed attempt, we ended up taking a chance on some off-the-rack, probably-wrong-color Venetian blinds. Of course they work just beautifully. For just pennies on the dollar of the others we were looking at (not our bottom line, but an added confirmation.)

The timing of things.

Not that this post is all about motos or curtains (or I can’t leave out the extra cabinet my friend had lying around, unable to sell, that couldn’t work better to hold our kitchen stock overflow as I’ve been doing a major overhaul, delivered and set up with an hour or two of her mentioning it).

I’ve been tired of feeling guilty. Of wishing I could move at a faster pace. We live on support—don’t people want and expect us to “produce”? (Getting candid real fast here.)

Thankfully, a year and a half (the simple passing of time) can help that process of guilt, and I’m more ok (don’t hear me say “entirely ok”) with my reality. My “job”, my time, my “production” is at home for right now.

A friend who’s raised 4 kids told us, “You’ll give your kids the same amount of time. It’s just that it’ll happen either on the front end, in investing, or on the back end, in picking up the pieces.” (Not verbatim, but you get the gist.)

But we’re MOVING. As Jacob and his droves of livestock and children “moved along slowly”, they did indeed move along. And for me, that’s the key. I’ve heard it said that as you look back on the people that God used in the Bible, often they were already in motion, doing whatever was in front of their path to do. Moses was faithfully tending sheep. Simon Peter and Andrew were fishing. Ruth was gleaning grain. Seems plausible that it was easier for them to step into the next steps because they had some motion already (Newton, First Law of Motion).

Gently raising children. Faithfully encouraging those in your life and path who are burdened. Quietly cultivating relationship. With Jesus. With spouses. With friends.

And let the Creator fill in the gaps.

“One of the main ways I assert My sovereignty is in the timing of events.”

May our eyes and ears be open and alert to how the timing of events (or seeming timing of UN-events that we wish were events) point to the high reality of a Living and Loving God who is involved in our minutae, and longs for us to be involved in His work too.

8 thoughts on “T is for Timing” 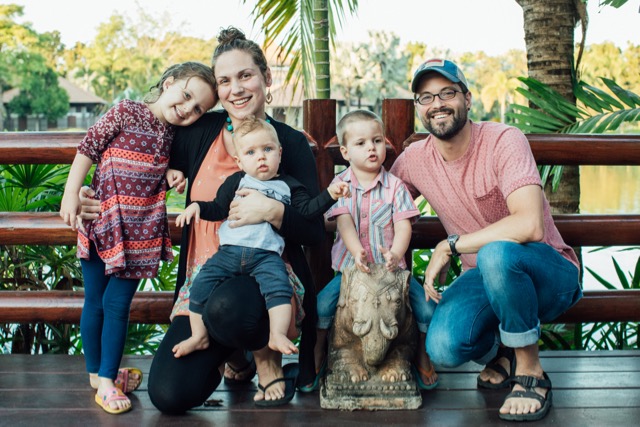